In 2017, Grosvenor Britain & Ireland went into partnership with VX Fiber as part of its drive to transform the digital landscape for residents, commercial occupiers and visitors to its London estate in Mayfair and Belgravia by collaborating on a long-term project called Prime Fibre.

The project is an integral part of Grosvenor Britain & Ireland’s 20-year vision to make its London Estate more accessible, open and active. One aim of the strategy, which launched in 2017, is to ensure that this historic, vibrant and diverse part of central London becomes highly competitive in the digital arena. 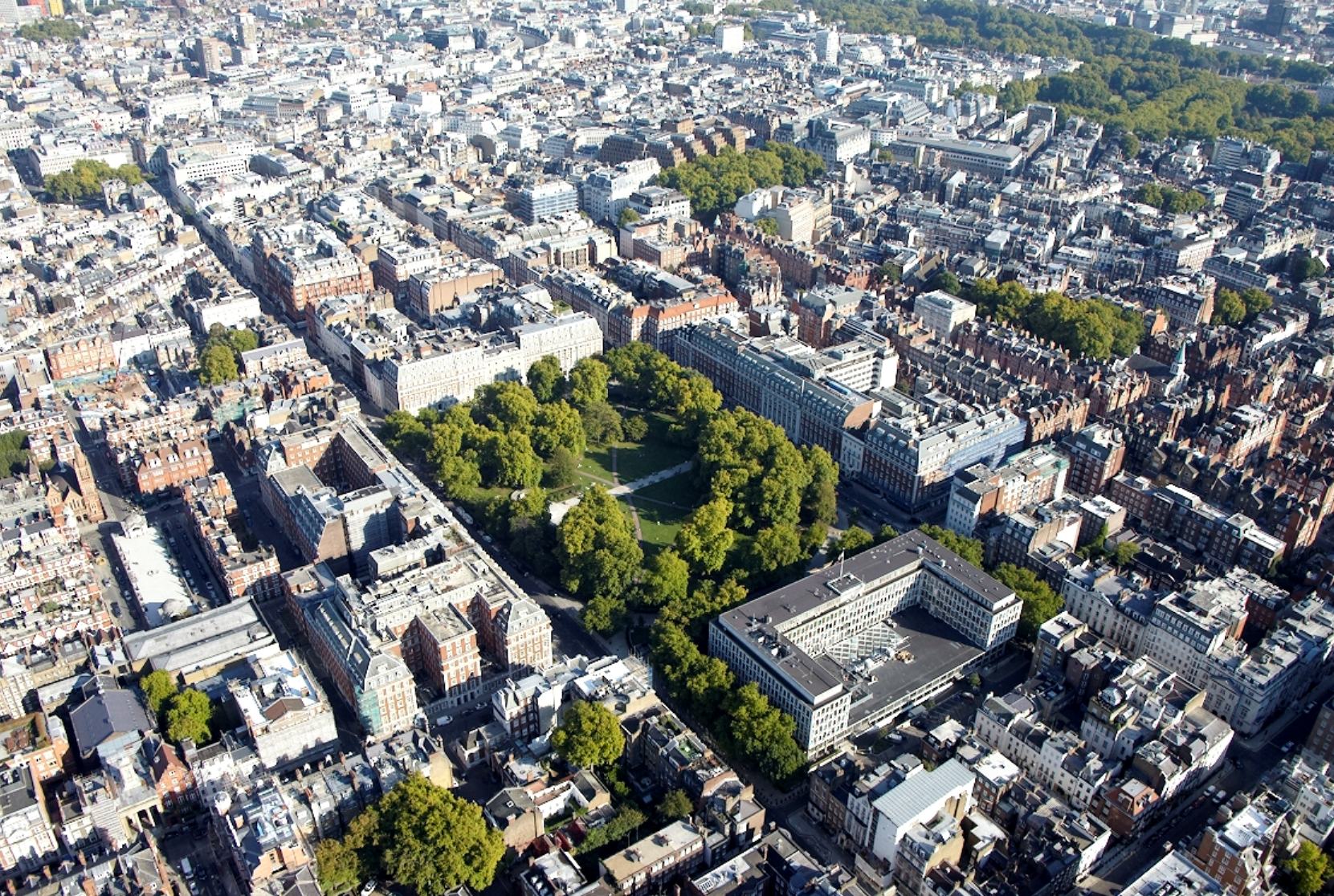 Before the project started, and despite its prime location, the estate was in the bottom 5% of the UK’s worst performing areas for digital connectivity. This was, in part, a result of its broadband services being heavily dependent on the existing copper network – delivering internet connectivity using fibre-to-the-cabinet (FTTC) technology.

This so-called “fibre” broadband service routes the faster fibre connections only as far as street cabinets and then leaves existing copper cabling to carry data the rest of the way, from the cabinet at the end of the street to the customer’s house or business.

This once world-leading, but now archaic, copper network infrastructure was no longer fit for purpose. It required a radical upgrade – an essential bold move for Grosvenor to initiate, to embrace the benefits of the fourth industrial revolution.

It was clear that the installation of new fibre optic cables and the laying of full fibre FTTP (fibre-to-the-premises) into commercial, residential and retail buildings was the best course of action. FTTP replaces the old copper wires with the latest technology in fibre optic cabling all the way to the actual premises, providing gigabit-capable connectivity and bandwidth.

But – as with any project of this nature – real thought, consideration and care had to be taken before it commenced. Belgravia and Mayfair are diverse with a whole mix of needs and income levels both in terms of its commercial, retail and residential tenants.

In response to this, Grosvenor commissioned a survey to gauge views of over 400 commercial, residential and retail tenants on the current connectivity and merits of – as well as the desire for – a new broadband infrastructure.

As a result, and after further in-depth consultation with tenants, it was agreed that investment into ubiquitous internet connectivity was not just ‘good for business’, it was a socio-economic and economic necessity. Grosvenor also decided that the resulting fibre network would be part of its long term real-estate asset base and was determined to own its fibre network. Grosvenor further decided that it did not want to rely on a single service provider to provide subscriber services over its fibre network but wanted businesses and residential subscribers to be able to choose a service provider and package requiring an ‘open access’ network solution.

After a rigorous and competitive procurement process, Grosvenor appointed VX Fiber as the primary contractor and fibre operator. The Swedish technology company that invests, manages and operates true FTTP open access networks on a global scale, would provide the telecoms expertise and network operation. VX Fiber subcontracted the John Henry Group for the street works and JTech for home installations. 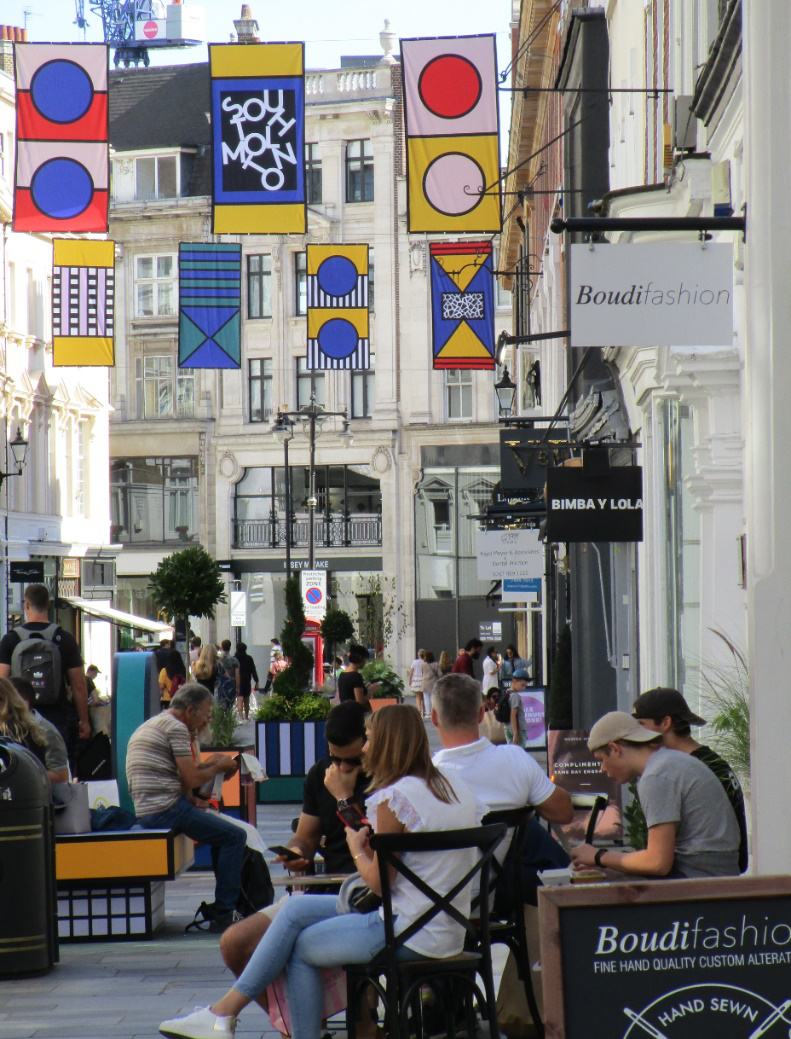 A powerful combination of key differentiators set VX Fiber apart from its competitors:

This was central to Grosvenor’s decision to partner with VX Fiber – its Open Access Model – a unique approach to fibre connectivity in the UK, based on the model in Sweden, and other successful operations across Europe, South Africa and South East Asia. As a completely open access ecosystem, VX Fiber “lights up” the fibre and provides the platform for third party Service Providers to launch their own services to run over the network. Residential, retail and business subscribers accessing the full fibre network are able to choose Service Providers through the Prime Fibre portal providing wider service choice and greater competition amongst Service Providers, and ultimately improved customer experience.

Future-Proof: a full fibre network is synonymous with fit-for-purpose, future-proof digital infrastructure. 100% fibre networks operating at Gigabit speeds are over 100 times faster than the UK’s national average for uploads, and 20 times faster for downloads. These networks are capable of supporting data uploads as fast as downloads – with this Gigabit symmetrical speed representing a step-change even more dramatic than the shift from dial-up broadband.

In addition to the vastly improved speeds and exponential capacity and reliability that comes with it, a full fibre network is a simple future-proof solution to a city’s increasing appetite for bandwidth. With no copper to interrupt the data passing at the speed of light through fibre, increasing bandwidth availability in the future, simply involves upgrading the equipment at each end and leaving the fibre network untouched.

Further, VX Fiber’s Open Access Networks have the ability to increase capacity ten-fold over the coming years enabling the creation of new and innovative technologies and new possibilities in the benefits they deliver. There is significant “option value” associated with deploying physical infrastructure that is future-proof – reducing the costs associated with civil engineering in the long-run and the trialling of new services in a more cost-effective way. 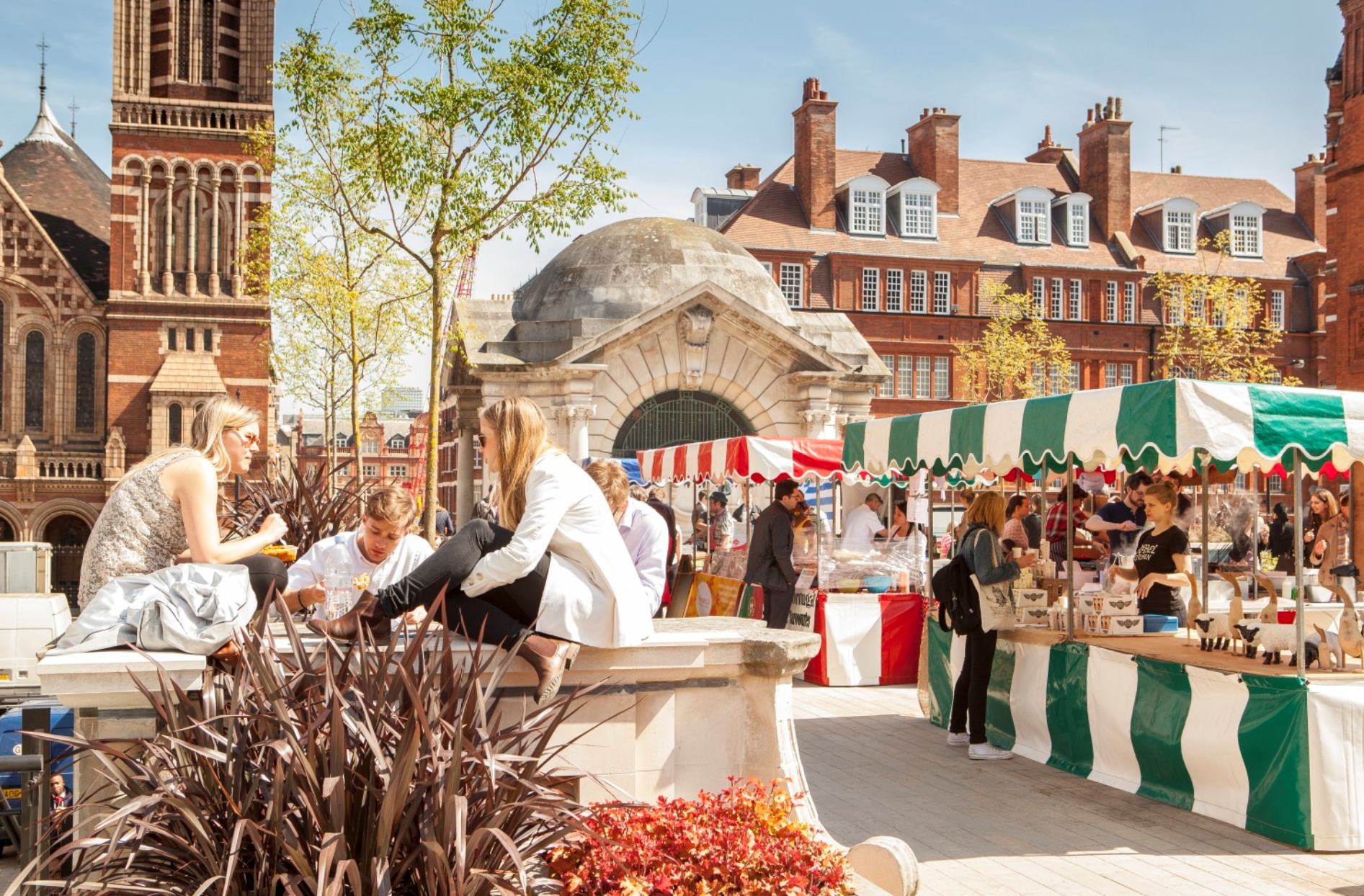 The Prime Fibre project was (and is) no mean feat, but the team has risen, and continues to rise, to the challenge. There was a considerable amount of work that needed to be done to upgrade buildings, allowing Prime Fibre to provide the very best world-class broadband service. The first action was to install the beginnings of a fibre network and then build connections into the array of premises.

The project started with two hugely successful pilots with take-up rates of over 70 per cent – unheard of in the industry. Real thought and care was needed during these pilot exercises (and for the project as a whole). As well as being incredibly diverse, 95% of Grosvenor’s London Estate is listed or lies in a Conservation Area.

This posed an interesting challenge for the Prime Fibre team – it needed to be very creative, careful and considerate when installing the fibre both in the ground and to the premises. This included working closely with Grosvenor’s property management teams and developing a close relationship with Westminster Council’s street team, all working collaboratively to figure out the best way to get cables into buildings and under/across roads and parks with minimum disruption or damage. By working very closely with these teams and all tenants, no customer complaints were made, even when the streets were being dug-up.

Beyond – but also as result of – the aesthetics of the area, another big challenge for the Prime Fibre Team continues to be the speed of delivery. It is a challenge to try to create a single system and cut out any manual elements. VX Fiber has met these high expectations.

A full evaluation of both pilots was made, a unanimous verdict was given to proceed to the next stage. Grosvenor is committed to working with the Prime Fibre project to achieve its aim of becoming one of the best-connected areas in London, in a comprehensive way that is minimising and mitigating having to dig-up the Estate multiple times.

The fact that Prime Fibre could provide a service from day one was key to the positive reaction to the project. And it is one of the key reasons that it has had unanimous approval from all tenants. Prime Fibre is the UK’s first multi-sector, open access network, which gives both residents and businesses access to gigabit speed broadband and a choice of Service Provider.

Businesses are demanding full fibre as a given, and Prime Fibre has delivered that much needed digital connectivity to the office within a few days. WeWork was one of the companies particularly impressed by the service – it sits right at the heart of its business model.

From a residential perspective, full-fibre gigabit connectivity has been established. So, any new tenants moving into a property have benefited from the service from day one, with no waiting period or 12-month contract. This was a deal-breaker for a number of residents.

And it doesn’t end there …

Nick Jones, Head of Property Management at Grosvenor Britain & Ireland explained: “Over the next few years, Mayfair and Belgravia’s residents and businesses will gain access to the fastest and highest-quality internet in the UK. When the project is finished, the estate aims to be in the top 5% of the UK’s best performing areas for digital connections. It will bring down barriers for local businesses and enhance consumers’ use of the internet – which is expected to see SMEs and independent businesses and retailers gain a competitive edge and adopt new models”.

The Prime Fibre project will also meet the demands from residents and customers to have faster and smoother access to learning, e-commerce and leisure. It will support retailers by helping to create busy street-life and integrated districts.

Mikael Sandberg, Chairman at VX Fiber commented: “Grosvenor’s investment, long-term perspective as a business and the unique nature of its places combine to allow it to champion London’s digital evolution. And most importantly, it will place the estate at the forefront of the fourth industrial revolution. Its investment discloses a long-term perspective that other residential and commercial areas must look to adopt – a building that isn’t kitted out with data connections offering full coverage, at the speeds not just of today, but of tomorrow, simply is not sufficient anymore. In other words – by building in fast data, Grosvenor has built (and solidified) a fully connected community”.

Please sign up to our newsletter for the latest news and developments in Full Fibre networks.

This website uses cookies to improve your experience while you navigate through the website. Out of these cookies, the cookies that are categorized as necessary are stored on your browser as they are essential for the working of basic functionalities of the website. We also use third-party cookies that help us analyze and understand how you use this website. These cookies will be stored in your browser only with your consent. You also have the option to opt-out of these cookies. But opting out of some of these cookies may have an effect on your browsing experience.
Necessary Always Enabled
Necessary cookies are absolutely essential for the website to function properly. This category only includes cookies that ensures basic functionalities and security features of the website. These cookies do not store any personal information.
Non-necessary
Any cookies that may not be particularly necessary for the website to function and is used specifically to collect user personal data via analytics, ads, other embedded contents are termed as non-necessary cookies. It is mandatory to procure user consent prior to running these cookies on your website.
SAVE & ACCEPT